Our School App Stay connected on the go...

The Governors are appointed by the Dunraven Educational Trust, the charitable company and Multi Academy Trust which runs the school. The governing body has a wide range of responsibilities - clearly defined by the scheme of delegation and by law. Governors aim to support the staff team to ensure that the standards of student achievement remain high and help to steer the school's future direction. Governors are also accountable for the performance of the school to parents and the wider community.

The Dunraven Local Board have 4 full meetings each academic year.  Governors need to be able to prioritise their diaries to attend these meetings as well as one sub group which meets 4 times per year and our Strategic Planning Day held on a Saturday in the summer term.  Governors also need to support the school at other meetings and activities often held during school hours in term time.

Governors have to complete an enhanced DBS check before appointment and sign up to our Code of Conduct.  Governors will be evaluated each year on their support and contribution which could affect their place on the Governing Board.  The Board works in partnership with the Trust Board under a Scheme of Delegation which is reviewed each year.

The Annual General Meeting of the Dunraven Educational Trust is held in the Autumn Term.  For details about the Trust's Governance, please view the website HERE

Paul worked at a large specialist Housing Association for 26 years where he was a director for the last 15 years. He now runs a land management and forestry company. Paul has been a governor at Dunraven Educational Trust for five years where he is currently Chair of Governors for Dunraven School.

Following a successful career as a film and television editor, Mel moved into education; first as a film tutor at a drama college and currently as a Learning Support Assistant at a local primary school. Committed to child-centred comprehensive education that serves the whole local community, she considers it a privilege to be the link governor for Inclusion and Special Educational Needs and Disabilities. Mel has been a governor at DET since 2011.

Alison is a senior commercial solicitor.  She works at a central London law firm, where she has been a partner since 2008, and heads up a team specialising in IT and data protection law.  Alison is also the chair of Friends of Dunraven, the school's PTFA, which became a registered charity in 2017.  With 2 children currently in the primary phase, Alison has a keen interest in the the school's progress and direction and is delighted to have been elected as a governor in 2018.

Kirsty is a Qualified Accountant who spent most of her employed career in the banking sector: in Regulation, Capital and Risk (traded and credit). More recently she has been working with local small business and charities as a sole practitioner. She is an experienced school governor having been a governor of a local primary school for 8 years where she was the vice-chair of governors and chaired the attainment sub-committee. She is the treasurer and trustee of a local charity, The Woodfield Project and the treasurer of a local children’s football team. She was voted in as a parent governor for Dunraven in 2018 where she has two children in the secondary school with a further child to join in a few years’ time.

Pat taught art for many years in both secondary and all-through establishments, and then followed this by running a successful antiques business for 25 years. Pat is an active local community participant and in that role has sat on various local police and community health boards over many years.

Member of the National Council for Arts Council England and the chair of Working with Men, David has previously been a successful small business owner, director of Brixton Village Community Arts Centre, board member of the National Council for Voluntary Organisations and director of Community Foundation Network. He has worked with several charitable trusts such as Comic Relief, Barings Foundation, the City Bridge Trust and Trust for London in a variety of roles including grant panel member and grant assessor. At Camelot Foundation he was vice-chair of the board.  David designed and delivered the Arts Council England's training on Equality and Diversity for many years and has also held a number of lecturing posts at Birkbeck College, London South Bank University, Goldsmiths College and City Lit Institute. 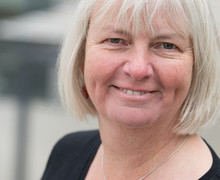 Formerly a technical sales specialist with IBM and then a local political organiser, Cathy is now a Citizens Advice adviser. She has been a school governor for 19 years, during which time she has been secretary of Lambeth Governors’ Forum, chair of governors at an outstanding local primary school as well as chair of Dunraven Educational Trust, where she is part of the team that steered the school through academy conversion.

Pat taught art for many years in both secondary and all-through establishments, and then followed this by running a successful antiques business for 25 years. Pat is an active local community participant and in that role has sat on various local police and community health boards over many years.